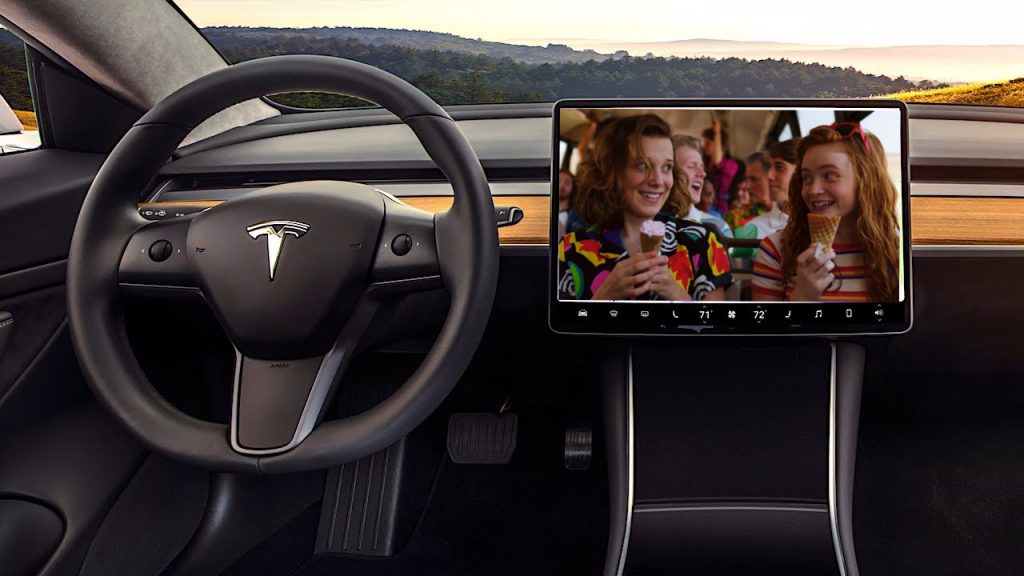 Netflix and YouTube are set to continue their ubiquitous availability in an unusual platform – cars.

Tesla boss Elon Musk tweeted on Saturday: “Ability to stream YouTube & Netflix when car is stopped coming to your Tesla soon! Has an amazingly immersive, cinematic feel due to the comfy seats & surround sound audio.”

This is the latest attempt by the company to showcase the high-quality displays available in its cars and follows the launch of games such as Cuphead, Tempest and Missile Command on the Tesla entertainment system. The games, like the promised Netflix and YouTube, are only available when the car is stationary, and use the steering wheel as a controller.

Musk had previously said that YouTube was coming to Tesla’s cars, though the in-built system has not to date supported HTML5.

Along with being EMVs, Tesla’s cars have been high-profile examples of self-driving. Musk had previously also said that, when regulators approve fully-automated driving then Tesla would allow passengers to stream video while the car is in motion, though there was no timeline provided.