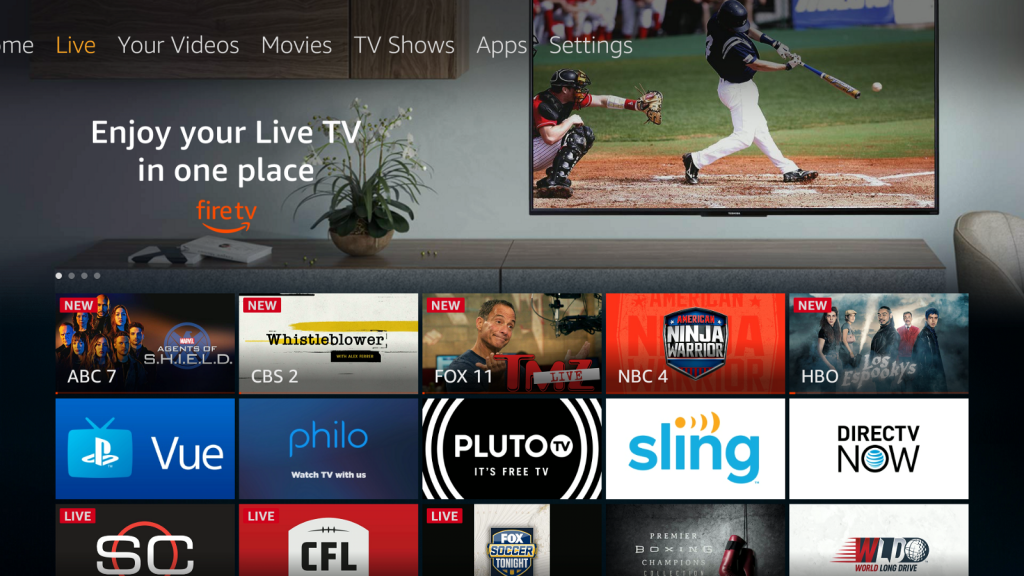 Amazon has pushed out a new update for Fire TV with the headline feature being a dedicated Live TV section.

The tab, announced in a blog post on Monday, is designed to bring “your live sports, news, and channels from select OTT services, streaming apps (e.g. PlayStation Vue), paid subscriptions, and over-the-air antennas into one consolidated view”.

Users will be able to find the Live tab next to the Home section in the main navigation menu of the Fire TV operating system.

The new section will aggregate all of the live TV integrated apps into the one tab, along with making it easier for users to sign up to services. These services include free apps like Pluto TV and Red Bull TV, along with subscription apps like PlayStation Vue and Philo.

Lastly, owners of Fire TV Edition smart TVs and Fire TV Recast devices will see their antenna channels listed alongside that live content, creating a much more streamlined and integrated way to view DTT channels through the operating system.

Amazon is making great strides in live sports broadcasting. It already broadcasts the US Open in the UK and Ireland, and has secured the rights to air two full rounds of 20 English Premier League matches per season.

Amazon’s eagerness to involve itself and its services in live TV stands in stark contrast to Netflix, which last week reiterated its position of not playing host to sports events – both live and on demand.