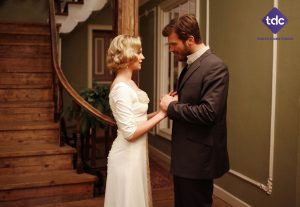 Kujtesa’s subscribers will have 24/7 access to hundreds of hours of Timeless Drama Channel content broadcast in Albanian.

Kujtesa is the leading cable company in Kosovo, with a TV offering of over 180 channels and network coverage of almost 98% of Albanian-speakers living in Kosovo. The company’s digital platform includes Kosovo channels, selected channels from Albania and Macedonia and selected international channels

“Today, it is my pleasure to announce that we have signed a brand new channel distribution agreement with Kujtesa, the leading cable company in Kosovo. A very important aspect of this partnership is that Kujtesa will not only carry our fastest growing channel, Timeless Drama Channel but the fact that all Timeless Drama Channel programs will be broadcast in Albanian,” said Murat Muratoğlu, head of distribution for the Middle East, Ex-Yugoslavia, the Baltic States, Bulgaria, Greece, India, Turkey, CIS countries and APAC at SPI International.

“We at Kujtesa care and dedicate our efforts to continuously create value for our customers and offer the best of the best services. In this case, we are thrilled to be able to do so altogether with SPI/FilmBox and Timeless Drama Channel” said  Elena Cena, chief brand officer at Kujtesa.