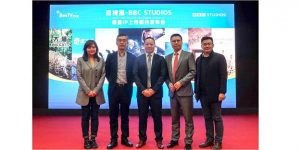 BBC Studios, the BBC’s commercial arm, is launching a new BBC Earth branded space with Chinese IPTV provider BesTV in China, bringing BBC Earth content to more than 46 million of the latter’s subscribers across the country.

BesTV is China’s IPTV service covers 31 cities in China. The outfit is a subsidiary of the Shanghai Media Group, one of the largest media and entertainment conglomerates in China.

From April 1, BesTV subscribers will be able to access BBC Earth programmes such as Dynasties, Big Cats and Animals with Cameras.

Cheng Xi, president of BesTV commented: “BBC Studios is renowned for producing high quality content across genres and fresh perspectives, all of which our discerning viewers seek. Through this cooperation, we hope to share the incredible wonders of our universe, and bring the magic of BBC Earth documentaries to a larger audience in China.”

Kelvin Yau, SVP and general manager of Greater China for BBC Studios said: “We are thankful for the trust in our premium content, and for BesTV – our long-term partner who shares in our vision to inspire, educate and entertain families across the globe. With the success of the CBeebies branded space and Top Gear on BesTV, we hope that the BBC Earth branded space will also be well-received when it launches.”