E-commerce giant Rakuten is moving ahead with plans to launch its own mobile telecom network in Japan, with chairman and CEO Mickey Mikitani claiming that the company’s software and cloud-centric approach will enable it to disrupt the market at a fraction of the cost traditionally associated with setting up a full-fledged mobile infrastructure 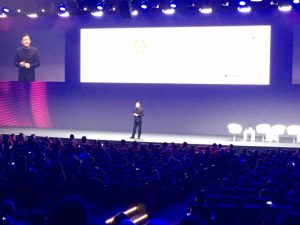 Speaking at Mobile World Congress, Mikitani said that Rakuten, familiar in Europe as an OTT movies-on-demand provider, has re-centred its business model on membership, data and brand over the last few years.

Last year the company decided to get into the mobile connectivity business, something that no other OTT TV company had done, he added.

Others believed that connectivity is a commodity and it would cost tens of billions of dollars to get into the business. However, Rakuten has a radically different approach, said Mikitani.

Rakuten believes that 5G will enable disruptive entrants to build cloud-based 5G-ready networks, deploying all services via software in the cloud, breaking each service down in to micro-service components to deploy new applications rapidly and nimbly.

“Every booth [here] is talking about 5G…with a cloud core,” he said. However, Rakuten is taking an end-to-end virtualised cloud-based approach, without specialised hardware anywhere in the network, he said. “From day one, we will be 5G ready,” he said.

He said that Rakuten would deploy “close to 1%” of the dedicated hardware of incumbent players.

This means that Rakuten’s costs will be much lower than traditional players. “Most likely our investment is going to be less than half of traditional companies, just for 4G,” he said. Adding 5G, the saving compared with other players will be more in the order of 70%, he claimed.