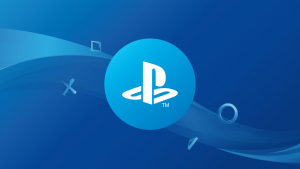 Ryan will take up his new role on April 1, 2019, at which point Kodera will become deputy president of SIE, with a focus on creating “innovative user experiences” and enhancing the network services area of the business.

“Our game and network services business has grown into the Sony Group’s largest business in terms of both sales and operating income. Furthermore, our business in this domain holds significant importance as our growth driver going forward,” said Yoshida.

“Based on extensive discussions with John, I have decided to change the management structure of SIE to ensure sustainable evolution of the PlayStation platform and further growth of the network area.”

Yoshida said that the new structure will allow Kodera to focus on “the key mission” of further developing PlayStation Network (PSN), which now has more than 90 million monthly active users worldwide, while Ryan manages SIE’s overall organisation and operations.

Kodera said: “I have been discussing with Yoshida-san the need to drive SIE to the next phase in our rapidly changing business environment and realise the evolution of the PlayStation platform and further enriching the user experiences made possible through the network, which is an essential value that people expect in the entertainment PlayStation provides.”

Ryan said: “It’s a huge honour to be asked to take on the role of President and CEO of SIE. I’ve seen the PlayStation business grow and change massively since the very early days and I hope to be able to put that experience to good use in reinforcing the foundations of the game and network service business, and in evolving the entertainment that PlayStation offers to its engaged and passionate community.”

Ryan first joined Sony Interactive Entertainment Europe (SIEE) in 1994. In 2011, he was appointed president of SIEE, leading the PlayStation business in more than 100 territories across Europe, the Middle East, Africa and Oceania. In 2016 he became head of global sales and marketing at SIE and has been deputy president of SIE since January 2018.

SIE is the division of Sony that is responsible for research, development and sales of PlayStation hardware, software, content and network services.