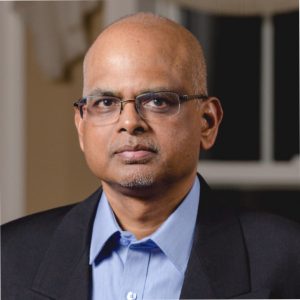 Saxena will oversee the technology systems and global platforms that will serve all of Discovery’s direct-to-consumer products in the US and internationally – including MotorTrend, Eurosport Player and GolfTV.

He will also lead Discovery’s new Seattle office, which will serve as a hub for the organisation’s growing direct-to-consumer team and is due to open in the first quarter of 2019.

Saxena will report to Discovery’s CEO of global direct-to-consumer, Peter Faricy, who took up his post in August.

The two execs previously worked together at Amazon, with Faircy joining Discovery after a 12-year stint at the e-retail giant, latterly as vice president for Amazon Marketplace.

“As Discovery dives deeper into the Direct-to-Consumer space to deliver our superfan viewers more of the content they want, it makes perfect sense to create this new, DTC technology hub in Seattle,” said Faricy.

“Discovery is embarking on so many exciting initiatives – from food and home to cars, golf and live sports. We look forward to opening these opportunities to the incredible pool of talent in Seattle as we add to Discovery’s existing global tech team.”

Saxena said: “Discovery is one of the most dynamic companies in media right now, doubling its commitment to the direct-to-consumer space by building out this new, entrepreneurial team here in Seattle to augment the current global organisation.”

“I am thrilled to help move the company forward, expand the platforms for fans to enjoy these much-loved brands, and create exciting new products that consumers cannot live without.”

Saxena brings over 20 years of experience to Discovery, over half of that with Amazon in a variety of roles. He also previously worked at Microsoft.