Smithsonian Networks and Blue Ant Media are expanding the distribution of Smithsonian Channel in Asia-Pacific, Turkey, Israel, the Middle East and Africa. 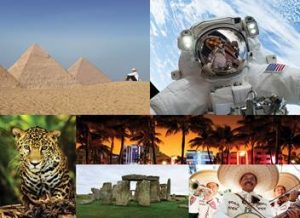 Smithsonian Networks and Blue Ant have previously worked together to launch the Smithsonian Channel in Canada and on their joint venture, Love Nature 4K, which is available via linear TV and to stream in 60-plus countries.

“Blue Ant Media has a suite of global brands, with great programming, that are rapidly growing in popularity all over the world, and a strong team on the ground in multiple territories internationally, which will see Smithsonian Channel grow its footprint even further in markets such as South East Asia, India, China, Japan, Australia, Middle East and Africa.”

Smithsonian Networks is a joint venture between Showtime Networks and the Smithsonian Institution, while Blue Ant Media is a privately held content producer, distributor and channel operator.