BBC deputy director-general to step down

The BBC’s deputy director-general, Anne Bulford, is due to leave the corporation in spring. 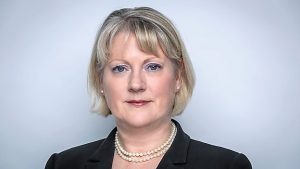 In a statement, the BBC said that Bulford had decided to pursue a portfolio of non-executive roles and thanked her for helping to transform the BBC since she joined the broadcaster in 2013.

BBC director general Tony Hall said Bulford has ensured the BBC continues to innovate and deliver popular services to the public and has “vastly improved the BBC’s efficiency to industry leading levels”.

“Anne leaves the BBC a stronger organisation than the one she joined six years ago,” said Hall. “She has been a first-class colleague and an absolute pleasure to work with. I wish her every success for the future.”

She first joined the BBC as managing director, finance and operations in June 2013, having previously served as Channel 4’s chief operating officer. She joined Channel 4 as group finance director in June 2005, prior to which she was director of finance and business affairs at the Royal Opera House.

“It’s been an honour to be the first woman deputy director-general of the BBC and I’m proud of what we’ve achieved since 2013,” said Bulford. “The BBC is an amazing organisation, with so many talented people. I feel I’m leaving the BBC in a stronger position and I’d like to thank Tony, my colleagues and especially all my teams for their contribution and hard work.”