The UK video sector grew by 10% in 2018 taking the total market value to £2.34 billion, according to the British Association for Screen Entertainment (BASE). 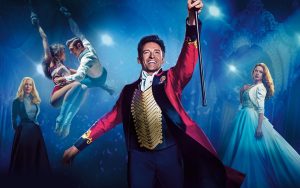 The BASE figures, based on data from the Official Charts Company and Futuresource Consulting, indicate that 63% of consumers now choose to rent or stream film and TV content, while 37% of category value generated by people choosing to buy and own content either on disc or download.

Despite what BASE described as a “challenging broader high street trading environment,” 59% of transactional spend was still for the physical formats of DVD, Blu-ray and 4K UHD Blu-ray discs.

The growth of digital transactional also “surpassed all expectations in 2018,” reaching a total market value of £400 million. Electronic sell-through film sales grew 36% year-on-year with The Greatest Showman establishing itself as the largest digital release to date, selling in excess of 770,000 digital copies since April.

Overall, The Greatest Showman was the biggest-selling title of the year, shifting in excess of 2.68 million copies, with 72% of those sales coming from physical formats.

Game of Thrones led the 2018 TV charts, with The Complete Seventh Season selling more than 160,000 copies, including box sets, to top the disc chart. Overall franchise sales totalled more than a quarter of a million copies, according to BASE.

“Electronic sell-through movies have excelled throughout the year, as consumers become increasingly familiar with the concept and service provider competition fuels purchases. iVoD (movie rentals via online services) has also witnessed increased momentum in 2018, growing by over 20%, with an additional 4 million smart TVs and media streamers in UK homes helping drive uptake.”

BASE chief executive, Liz Bales, said: “The third consecutive year of growth in the video category underlines the fact that audiences remain engaged with a broad variety of home entertainment content and format options. This serves as a testament to the innovation and energy that continue to drive the home entertainment category even as the high street retail environment presents clear challenges in some areas.”

“Today’s customers enjoy a multitude of options when it comes to keeping themselves entertained and clearly continue to find a huge amount of relevance in the video category which, more flexibly than ever before, caters to every need; whether that is watching on the go, building a digital library or securing the absolute best viewing experience premium formats now guarantee.”