YouTube and Facebook account for the majority of online video advertising in Europe, but the vast bulk of video advertising still goes to television, according to a report by the European Audiovisual Observatory. 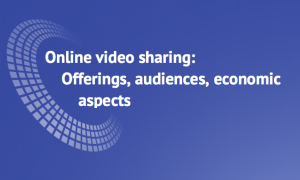 YouTube is used at least once a month by 93% of western European consumers, according to the report.

Despite the growth on online video and the rise of SVOD, the report cited Recode data from 2017 that shows traditional media companies still account for the bulk of expenditure on original non-sports content, with the top four spenders – NBCUniversal, Time Warner, Fox and Disney all being traditional players, led by NBCUniversal, which spent US$10.2 billion. Netflix comes in at number five with expenditure of US$6.3 billion, while Amazon is number seven with US$4.5 billion. Among technology and social media companies, Apple and Facebook were the top spenders, coming in at number 13 and 14 with spend of about US$1 billion apiece.