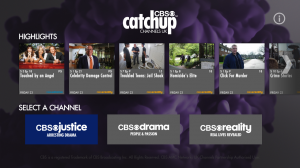 Horror Bites and CBS Catchup Channels UK will both be available on the free-to-air UK TV platform from December 6, joining on-demand services like the BBC iPlayer, ITV Hub, All 4, Demand 5 and UKTV Play.

The on-demand services will offer 30-day catch up for shows that air on Horror Channel, CBS Reality, CBS Drama and CBS Justice, which is due to rebrand from CBS Action on December 5.

“As the way we watch TV changes, it’s important to offer our popular programming to audiences anytime and anywhere, so this expansion onto Freeview Play is a natural next step for us,” said Tanya Gugenheim, senior vice-president, business development, AMC Networks International.

“Partnering with Freeview Play means that the Horror Bites and the CBS Catchup Channels UK apps will be available on most smart TVs.”

Freeview Play’s strategy director, Simon Hunt, said: “We’re committed to evolving and improving Freeview Play, so to be announcing the launch of not one, but two new catch up players is really something to shout about.

“As the platform continues to grow and become the new normal, we hope that the CBS AMC UK Channels Partnership, along with our other partners continue to reap the rewards of its success with audiences across the country.”