Sky has urged Ofcom and the UK government to “look beyond the rhetoric” of the public service broadcasters (PSBs) before making changes to rules surrounding channel prominence. 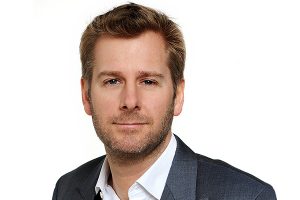 In an open letter Sky’s group director of policy and public affairs, David Wheeldon, argued that the UK broadcast regulator should closely examine PSB claims before “acting to further regulate the regulated”.

The comments come a month after Ofcom closed the submissions stage of its consultation on the future prominence of PSBs, in which it sought views on possible changes that would maintain the prominence of PSB content and services in an increasingly online world.

“To be truly prominent, the PSBs should be working with platforms to make their content available in all ways that viewers want and can discover it, rather than seeking to trap it in proprietary walled garden apps that often don’t contain PSB content,” argued Wheeldon.

“Viewers should be able to watch what they want, how they want, with platforms free to innovate – rather than being forced to follow a prescriptive ‘one size fits all’ approach”

Sky argued that the popularity of PSB content means it already has a strong commercial incentive to make sure PSB programming is easily available in all areas of Sky’s user interface, including the catch-up menus, without the need for further regulation.

“Sadly it is true that on some Sky services, BBC content is impossible to find, but that’s because the BBC has refused to make its content available in the first place,” said Wheeldon.

“The BBC has not granted Sky permission to include its linear channels or its catch-up programming in the Sky Go and Sky Q mobile apps. Given this, it would be bizarre to introduce a new law to promote certain content, without a similar obligation on PSBs to ensure that this content is provided to platforms in the first place.”

In October the heads of the BBC, ITV, Channel 4, Channel 5, STV and S4C, the broadcasters co-signed a letter urging Ofcom to modernise its rules for ensuring the prominence of public service TV.

“Regardless of where you’re watching, which device you’re watching on, or who provides your television service, you should always be able to easily find PSB services and programmes in the UK,” the broadcasters argued.

Earlier this year Ofcom suggested that the PSBs will increasingly need to collaborate in order to compete in an age of changing viewing habits and large digital rivals like Netflix and Amazon.

Speaking at Deloitte and Enders Analysis’ ‘Media and Telecoms 2018 & Beyond’ conference in March, Ofcom CEO Sharon White called on the PSBs to adapt for the digital age, to invest in new methods of distribution and to find fresh ways to reach younger people who are “turning away from traditional TV”.

The Digital Economy Act 2017 introduced a new duty for Ofcom to report on the prominence of linear PSB and video-on-demand PSB services. The deadline for the first of these reports, along with a review of the code, is due to be completed by December 2020.