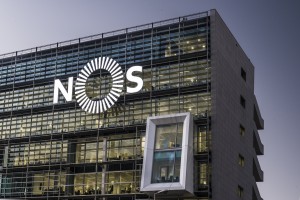 Portuguese pay TV and cable operator NOS saw a recovery in fixed pay TV net additions in a third quarter that proved broadly positive for the company, with revenues up 0.7% to €395 million but EBITDA rising by 3.5% to €156.2 million.

NOS added 10,600 fixed TV customers in the quarter, its best performance since Q1 last year, which it said was due to the expansion of its network as well as reduced churn.

The company’s network extension resulted in a 5% uptick in homes passed to 4.258 million, fuelling a year-on-year rise in revenue generating units of 2.2% to 9.57 million. Fixed broadband customers increased by 4.1% to 1.375 million while TV numbers were up year-on-year by 1.9% to 1.312 million.

NOS said that its footprint now included 888,000 fibre-to-the-home households and added that its existing HFC network was now 100% upgraded to DOCSIS 3.1, enabling it to provide Gigabit broadband capability across its network.

NOS said that growth in pay TV subscriptions were the “the basis for upselling other additional services” in the consumer market, leading to a rise in fixed broadband and voice RGUs.

The company admitted however that’s its satellite TV base remained set for decline, with consumers increasingly turning to converged offerings fuelled by extensions in next-generation network coverage by all operators in the market.

NOS was successful in driving up its mobile base, on the other hand, with 41,900 net additions in the quarter.