UKTV is set to launch a regional office in Leeds later this month, which will act as a technology hub for the broadcaster. 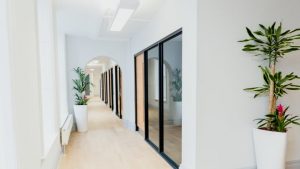 The office will initially house a team of 10 staff members that will be tasked with enhancing the broadcaster’s content distribution capabilities.

UKTV said that its first round of recruitment is at an advanced stage and it is looking to fill a range of technology roles in a bid to grow and develop UKTV’s digital platforms.

“Over the past three years we’ve completely redesigned our technology infrastructure to ensure we can react quickly to the evolving broadcast landscape and increased complexity of our distribution platforms,” said UKTV chief technology and operations officer, Sinead Greenaway.

“Opening a regional technology innovation hub marks the next step in UKTV’s long-term growth strategy, enabling us to harness the skills and expertise of talent outside of London and support the creative industries in the regions.”

The Leeds team will focus on adopting new technologies, including exploring data analytics and the cloud, with a view to helping viewers watch more programmes across different devices.

Based in the Leeming building in the centre of Leeds, the office will initially focus on tech innovation, but UKTV said there is “future potential” for it to house staff from the programming and editorial side of the business – with a number of UKTV Originals like Helicopter ER and 999 Rescue Squad already filmed nearby.

“Leeds was chosen because it is one of the UK’s most accessible cities with superb transport links, and it is fast emerging as a creative hub, with over 1350 tech companies based in the area,” the company said in a statement.

The news comes just one week after Channel 4 selected Leeds as the base for its national headquarters, alongside creative hubs in Bristol and Glasgow, and marks another major boost for the region.

The creation of the Leeds hub follows UKTV’s previous expansion of its technology division and the team responsible for video-on-demand service UKTV Play.