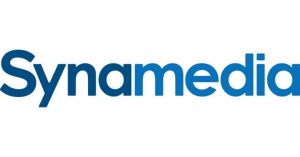 Medlock has previously also held CFO roles at companies including Inmarsat, Misys and NDS and brings more than 30 years of experience to Synamedia – the compamy formed from the sale of Cisco’s video processing and video solutions business to private equity firm Permira funds.

“It’s rare to get the opportunity to lead the finance office of a new company with the scale of Synamedia, its enviable market position and its loyal customer base,” said Medlock.

“Having spent eight years as CFO of NDS, I jumped at the chance of joining the exceptional leadership team and shaping the next exciting chapter for the business.”

Synamedia CEO, Yves Padrines, said: “Rick has a phenomenal track record transforming technology businesses and ensuring they are both financially and operationally strong. His understanding of finances for both private equity and public companies, combined with his tech industry expertise, made him the perfect choice for Synamedia.”

Last month BT separately appointed the co-chief executive of payments services company Worldpay, Philip Jansen, as its next CEO. Jansen will be appointed to the BT board as an executive director on January 1, 2019 and will take over from outgoing CEO Gavin Patterson, following a handover period, on February 1.