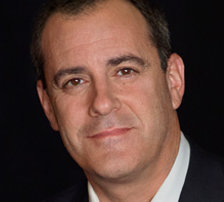 The news arrived from Joe Ianniello, who is CBS’ president and acting CEO after the departure of Leslie Moonves last month.

Nevins has also been promoted to chairman of Showtime Networks and will remain the business’s chief executive officer. He will work from Los Angeles.

As CBS creative chief, Nevins will be responsible for oversight of programming, marketing and research across CBS Television Studios, the CBS Television Network’s Entertainment division, Showtime Networks and, in conjunction with CBS Interactive, programming for CBS All Access.

He will also oversee CBS’ interest in The CW, a joint venture between CBS Corporation and Warner Bros. Entertainment.

“David has a brilliant creative mind and an impressive track record of success at Showtime and in the entertainment industry,” said Ianniello. “He is a forward-thinking leader who has driven programming excellence and subscriber growth for the cable network and its growing over-the-top service. The combination of David working with the outstanding and proven creative leaders we have in place will continue to build our position as a global premium content powerhouse.”