AMC lines up new launches for Shudder and Sundance Now

AMC Networks is due to launch its direct-to-consumer streaming services, Shudder and Sundance Now, in Australia and New Zealand later this year. 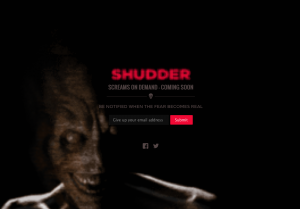 The new launches were announced today at MIPCOM and will build on the existing international footprint of the services, which are available in the US, Canada, the UK, Ireland, Germany and Austria.

“Our continued expansion of Shudder and Sundance Now speaks to our success in offering audiences exclusive and original content they can’t get anywhere else along with an unparalleled user experience,” said Paul Rehrig, executive vice-president of business development for AMC Networks.

“We look forward to introducing both services into these new markets as consumer demand for our curated streaming offerings continues to grow.”

Shudder is aimed at fans of thriller, suspense and horror content, while Sundance Now offers original and exclusive dramas and true crime series, as well as movies of various genres, including foreign-language and documentary features.