Roku has unveiled two new US streaming devices that are 4K and HDR compatible, and announced updates to the Roku platform that include Google Assistant support. 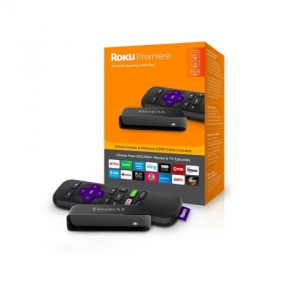 Both devices support HD, 4K and HDR content, run on a quad-core processor, and offer Dolby and DTS Digital Surround audio over HDMI.

Priced at US$39.99 and US$49.99 respectively, the Premiere is available to pre-order now in the US while the Roku Premiere+ will be available exclusively at Walmart stores in early October.

Roku has also updated its Roku Ultra device, which now includes an enhanced voice remote, JBL headphones for private listening, and added tones for the ‘remote finder’ feature – including the Game of Thrones theme song.

The updated Roku Ultra will be available at major retailers in the US beginning in early October and remains priced at US$99.99.

On the software front, Roku said it will soon let consumers with Google Assistant hardware use this to control their Roku devices. Roku support for the music services Spotify and Pandora Premium is also on the way.

Roku OS 9 offers a number of new features designed to make it easier for Roku customers to search and control their entertainment experience. These include: genre search for content like dramas, and sitcoms; and automatic volume leveling.

“Roku Premiere and Roku Premiere+ are the easiest and most affordable way to stream in outstanding picture quality,” said Lloyd Klarke, director of product management at Roku.

“At under US$40, the new Roku Premiere is our lowest-priced 4K streaming player ever, and it’s going to give consumers the best picture quality their TV can handle. It is great for HDTV today and even better if they decide to get a 4K TV tomorrow.”

On the software updates, Ilya Asnis, senior vice president of Roku OS, said: “As we broaden the Roku ecosystem allowing consumers to add new devices to their Home Entertainment Networks, we are in a unique position that is unlike any other TV streaming platform.

“Our single operating system running across Roku TVs and Roku TV Wireless Speakers give us the ability to innovate how consumers experience audio and entertainment in their homes.”