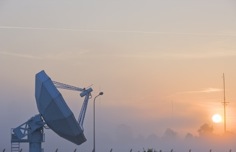 Non-geostationary satellites will dominate the supply of satellite capacity over the next decade but will only contribute one sixth of satellite communications revenue, raising questions over the profitability of non-GEO initiatives, according to Northern Sky Research (NSR).

Non-GEO satellites offer attributes including low latency, full mesh connectivity, or high-bandwidth per terminal, and will be key to unlocking new greenfield markets.

However, said NSR, capital expenditure on projects is considerable, and new revenue drivers might not be enough to pay back initial investments. Consequently, there is a risk of price disruption for the entire industry if these new players dump capacity to poach customers from legacy businesses, the research group warns.

Non-GEO satellite initiatives are expected to add over 25Tbps of capacity over the next decade, according to NSR.

“Funding is still far from resolved and even the ones that have already attracted billions in investment still do not have a clear path to service. Delays and cost overruns plague many programmes. Regulatory challenges are coming to light with first denials of access to key markets. Technology wise, there are still many questions to answer, beginning with user terminals. On the other side, progress continues in the form of testing satellites, new rounds of funding and establishment of baseband networks.”