Naspers to spin off MultiChoice

South African conglomerate Naspers is to spin off Africa’s leading pay TV operator MultiChoice as part of a move designed in part to assuage investor concerns about its own share price. 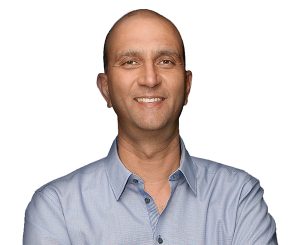 Naspers plans to float MultiChoice on the Johannesburg Stock Exchange and simultaneously unbundle the shares in the business to its shareholders. The new company, which will be named MultiChoice Group, will include MultiChoice South Africa, MultiChoice Africa, OTT TV arm Showmax Africa and content security specialist Irdeto.

Naspers said that its video entertainment business was one of the fastest growing pay TV operations globally with a multi-platform reach spanning 13.5 million households across Africa. The business added 1.5 million subscribers last year and generated revenue of ZAR47.1 billion (€2.7 billion) with a trading profit of ZAR6.1 billion.

MultiChoice employs over 9,000 people directly and, according to Naspers, supports 20,000 more who are employed by various partners and suppliers.

Naspers will retain its primary listing on the JSE as well as its interests in Media24. MultiChoice Group is anticipated to list on the JSE and simultaneously unbundle in the first half of 2019, subject to the approval of the requisite regulatory authorities.

MultiChoice will also enable a quarter of Phuthuna Nathi’s original stake in the South African operation – prior to the addition of the 5% – to be exchanged for MultiChoice Group shares.

“Listing and unbundling MultiChoice Group is intended to create a leading entertainment business listed on the JSE that is profitable and cash generative. We offer an unmatched selection of local and original content, as well as a world-class sports offering. Our leadership team is diverse, experienced and well-positioned to take the company forward. I am particularly pleased that this transaction will further enhance the value for Phuthuma Nathi shareholders,” said Naspers Video Entertainment CEO Imtiaz Patel.

“There are significant growth opportunities for MultiChoice Group in Africa. The combination of MultiChoice’s reach, Showmax and DStv Now’s cutting-edge internet television service, alongside Irdeto’s 360 security suite will provide a unique offering.”

Naspers CEO Bob van Dijk said that the move marked “a significant step for the Naspers Group as we continue our evolution into a global consumer internet company”.

He said that listing MultiChoice Group via an unbundling would unlock value for Naspers shareholders and create a top 40 Johannesburg exchange-listed African entertainment company. Van Dijk said that Naspers will continue to invest in South Africa through interests in ecommerce businesses such as Takealot, Mr D Food, PayU, OLX, Property24, and AutoTrader SA.

Naspers is also one of the biggest investors in China’s Tencent, a highly profitable investment for the group but one which has highlighted how far Naspers’ own stock trades at a discount compared with the Tencent holding.