Wonderhood Studios, the new ‘hybrid creative company’ set up by former Channel 4 CEO David Abraham, will use factual content as a starting point before eventually building up to more ambitious scripted projects. 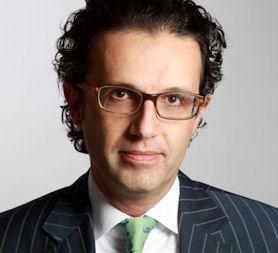 Speaking at IBC, Abraham, who is Wonderhood’s chief executive, said that company will effectively run two studios – a creative agency as well as a production studio.

The two sides of the business will work together but also have their own clients and buyer relationships, with the production arm to sell shows to platforms and channels that don’t have brand connections

Abraham said Wonderhood will start out with a factual focus – following the appointments of BBC Studios’ Samantha Antstiss and Lion Television’s Emma Lorenz in June – as this type of content has strong potential for brand cross-over.

The company aims to gain momentum in this area before eventually moving onto more expensive scripted and drama projects.

On the advertising side Wonderhood has brought in BBC Creative’s Aidan McClure, A&E/DDB’s Jessica Lovell and former CHI&Partners partner Alex Best, and the company is particularly interested in exploring short- and mid-form digital content.

“Story-telling skills in a traditional advertising agency are short-form 30 to 60 second video segments, whereas a commercial television programme is obviously broken up into longer segments,” said Abraham.

“We’re finding that there’s some convergence in attention around that middle of three, to five to seven minutes, which again creates lots of opportunities in terms of new story-telling formats.”

He pointed to the emergence of “prime-form content” in the digital area – higher quality storytelling done in shorter time-lengths – and said that it was possible for brands and editorially independent stories to be comfortable bedfellows.

“My view – as someone who has spent their entire professional life working with creative teams and creative people and very high-performing organisations – is that it all comes down to the quality of the idea,” said Abraham.

“What’s always interested me in my career is ways of organising creative teams and strategy teams in aligning peoples’ capabilities can lead to new ideas.”

“It’s always the case when you mix different disciplines together – and genres and backgrounds – you break into new ideas and that’s what’s the inspiration of what we’re trying to do at Wonderhood.”