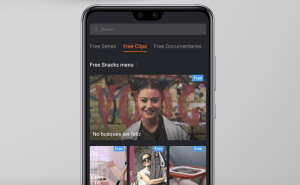 Huawei has launched its planned OTT TV service in Spain and Italy, focusing on users of its mobile devices in the two countries.

Huawei Video, which has been available in Huawei’s home market of China for two years, comes in three variants – a subscription offering for €4.99 a month, a free-to-view variant and an offering for a one-time payment for 48 hours’ viewing.

Users signing up for the monthly subscription are able to view one month free of charge. The free version of the service includes only the first episodes of series along with interview material with directors and stars.

Content on the service is optimised for mobile viewing, with the Huawei Video app able to operate in vertical mode to enable viewing while using other applications. Content will be in 4K UHD with HDR.

In Spain, Huawei’s vice-president for mobile services, Jaime Gonzalo, who presented the offering ahead of its launch on Tuesday, said that Huawei had agreements in place with AMC and CBS along with local broadcasters Atresmedia and Mediaset.

Much of the content on the platform is to be designed for mobile consumption, with a duration of seven or eight minutes per episode. Premiere movies will entail an addition pay-per-view cost of between €0.50 and €5.

Huawei, which has a base of about 30 million Android-based mobile phones in Europe, plans to expand the service to other markets in the future.