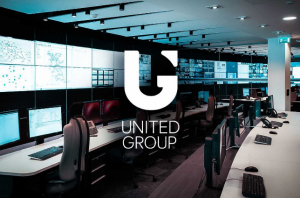 South-eastern European service provider United Group is to prepare the ground for next generation services by heavily overhauling its CPE base.

In May this year United Group announced that it would invest over €600 million across the south-eastern Europe in the next five years. Following that, the group has issued a request for proposals(RFP) for a full-range of next generation CPE equipment, across all of its markets, all technologies and all network types.

United Group said that its purpose with this RFP is to make long-term investments in its infrastructure to ensure it can bring the next generation services and technology to its subscriber base, which currently comprises 3.67 million revenue-generating units.

The group said that the combined, multi-consumer premises device RFP will be available to all eligible OEMs and ODMs possessing an operator CP segment for TV and Broadband services, worldwide. The deadline for submissions of offers is September 25, 2018.

United Group was created in 2009 from the merger of SBB, the leading cable network and internet service provider in Serbia and Montenegro with cable companies Telemach Slovenia and Telemach Bosnia . In 2014 the global investment firm KKR became the majority owner of United Group, with the European Bank for Reconstruction and Development, which has been an investor in SBB since 2004, retaining a minority stake.

United Group has set a deadline of September 25 for submissions to its RFP. Tendering documentation can be obtained by emailing [email protected].