Cable industry body Cable Europe has expressed its disappointment with the “open-ended and unclear” position of the European Commission has taken on the Liberty Global-Vodafone joint venture, VodafoneZiggo 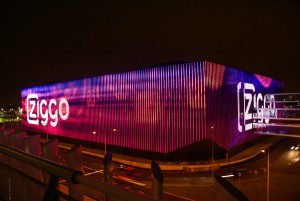 A draft decision by the Dutch regulator indentified the JV, as well as incumbent telco KPN, as having collective significant market power in the wholesale fixed broadband access market.

The market analysis will mean that third-party wholesale access obligations will be applied to both KPN and VodafoneZiggo. Cable Europe has condemned the regulator’s analysis.

“When landmark regulatory decisions like these are taken they need to be based on objective criteria with strong, convincing evidence of market failure,” said Cable Europe executive chairman Matthias Kurth.

“I believe the European Commission has not taken enough time to look into the specifics of the case. A more in-depth analysis – a so-called phase two procedure – should have been undertaken. The Commission has missed an opportunity to properly scrutinise the draft decision, in particular with regard to the collective dominance instrument.”

“The Dutch regulator’s analysis has too many open-ended and unclear points and has not sufficiently taken into account that there is a commercial access offer in the market. The Dutch broadband market is best in class in Europe and has a strong competitive outlook. It is now for the Dutch regulator to take utmost account of the Commission’s comments. We will closely follow whether these comments will have an impact on the regulator’s remedy decisions.”

Cable Europe had earlier called on the EC to reject the draft market analysis carried out by the Autoriteit Comsument & Markt (ACM). Kurth described the ACM’s intervention as “anachronistic” and said that that it ran “contrary to the consumer interest”.