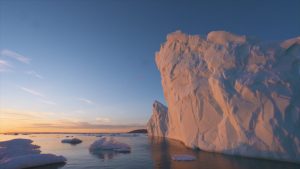 The move follows the recent debut of Love Nature’s wildlife and nature channel on Virgin Media in the UK and is part of the company’s broader expansion in the Europe, Middle East and Africa (EMEA) region.

“From Africa to South America to the Arctic, our original productions will give audiences an experience that is second only to being there in person,” said Ward Platt, CEO, kids and global networks, Blue Ant Media.

“These latest distribution deals, on major platforms in Switzerland and The Netherlands further highlights our growing strength in EMEA where we are working with partners to give more people access to the best content in stunning 4K.”

Love Nature is a joint venture between Blue Ant Media and Smithsonian Networks and is now available on linear TV and via streaming video services in 60-plus countries worldwide – including on Amazon Channels in the UK, Germany and Austria.

In the past six months Love Nature 4K has had additional channel launches in Canada, Indonesia, Myanmar, Papa New Guinea and Fiji, Qatar, Thailand and The Maldives. HD versions of the channel have also now available in Nigeria and Singapore.