Liberty Global-owned Virgin Media’s TV service Virgin TV has extended its roster of sports channels with the addition of FreeSports. 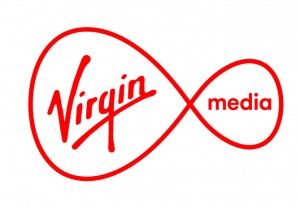 The sports channel, which aims to broadcast up to 1,000 events a year, specialises in airing a mix of domestic and international programming, including highlights and live football, cricket, tennis, rugby, athletics and motorsport as well as basketball, ice hockey and drone racing.

All Virgin TV customers will be able to access FreeSports from this Saturday.

Virgin TV recently aired the football Champions League Final and Roland Garros tennis in 4K UHD as well as some of the matches from the World Cup in Russia.

Virgin Media also provided coverage of the Wimbledon tennis championship in UHD.  This included the Ladies’ and Gentlemen’s finals through Eurosport and the option to watch all Centre Court Wimbledon matches in Ultra HD and in Hybrid Log Gamma (HLG) HDR through the fully integrated BBC iPlayer app on Virgin TV’s V6 box.

David Bouchier, chief digital entertainment officer at Virgin Media, said: “It has been an incredible summer of sport so far and our customers have had everything they need to experience it from the comfort of their homes. Bringing FreeSports to Virgin TV further boosts our roster of sports channels and our customers can expect more to come.”

Richard Sweeney, CEO at FreeSports, said: “We are delighted that our ever growing dedicated free sports channel is joining the Virgin Media platform. FreeSports boasts a large portfolio of global and domestic free, live sport that we believe will be a huge hit with Virgin Media customers.”