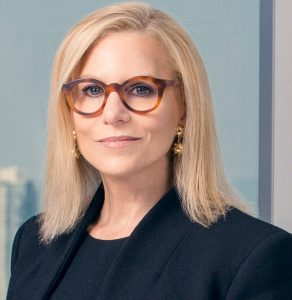 Ostfoff, who has a strong background in television, replaces Stefan Blom, who was the music streaming service’s New York-based chief strategy and content officer until earlier this year.

Ostroff helped to found Condé Nast Entertainment in 2011 and led the studio division, which was set up to produce digital video, film, and television content in support of the company’s brands – which include Vogue, Vanity Fair, The New Yorker, GQ and Wired.

The studio claims to produce more than 5,000 videos annually, which it says receive more than one billion views a month, and has some 35 film projects and 30 TV projects in development and production.

Prior to joining Condé Nast, Ostroff was president of entertainment for The CW broadcast network – the joint venture of CBS and Warner Bros that she helped launch in January 2006.

Ostroff was responsible for programming, digital initiatives, branding, marketing, research and sales at The CW and developed several hit series, including Gossip Girl and The Vampire Diaries.

The appointment comes after Spotify made its debut on the New York Stock Exchange in April. The company currently has a market cap of some US$30.66 billion.