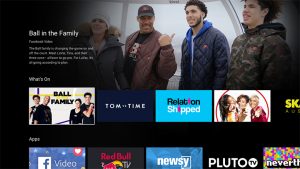 Oculus TV offers viewers an immersive way to access shows, movies, and more on the Oculus Go and was first announced at Facebook’s F8 developers conference in May.

Pre-orders for the Oculus Go headset started in Europe earlier this month and the device is now available at participating retailers in Austria, Belgium, France, Germany, Italy, the Netherlands, Spain, Switzerland, and the UK, as well as Canada.

The Oculus Go is the company’s low-cost, all-in-one VR headset, which launched in the US in May and is aimed at the wireless mobile VR market.

“With Oculus Go available online and in retail stores across more countries, it’s easier than ever for people to enjoy all that standalone VR has to offer,” said the company in a blog post.

In a separate announcement, Oculus described Oculus TV as a hub for must-watch programming on a “massive virtual screen, equivalent to a 180-inch TV in real life.”

“There’s more excitement on the horizon, with Oculus TV line-up expansions expected through the summer, fall, and beyond,” said the company. “We’ll add new streaming apps, broadcast partners, and more, including fan favourites like ESPN soon.”