The BBC is due to set up a new design and engineering hub in Glasgow with plans to invest £4 million in the facility and recruit 60 people over the next three years in tech and design roles. 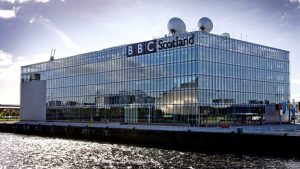 The new hub will employ a total of 110 people and will include the existing BBC Design and Engineering team that is based in Glasgow. It will complement existing hubs in London and Salford.

The BBC said the Scottish hub will play a critical role in delivering the BBC’s ambition to reinvent itself for a new generation, with the new roles to focus on: voice platforms like Amazon’s Alexa and Google Home; developing a common digital platform or the BBC to run its apps, websites and online experiences; and on education, building on the BBC’s Bitesize strand.

“We know there is a huge amount of technological and creative talent in Scotland,” said BBC chief technology and product officer Matthew Postgate. “We’re looking forward to creating a digital hub in the heart of this thriving community, which will use that talent and expertise to transform the BBC, not only in Scotland – but throughout the UK.”

The news follows the BBC’s earlier announcement that it is making the biggest single investment in broadcast content in Scotland in over 20 years. The £40m-a-year investment in Scotland will produce more network TV content and see the addition of a new TV channel – which has been given final approval by Ofcom today.

“Ofcom giving the green light for the new channel is great news,” said BBC director-general Tony Hall. “vThe new service has huge potential and I’m excited about what it can achieve. But it’s not the only good news today. I am delighted that we are also investing £4 million to create a new digital hub in Glasgow – a forward looking city that has real vibrancy and energy. It’s the perfect location.”