Hopster launches in Gibraltar with Gibtelecom 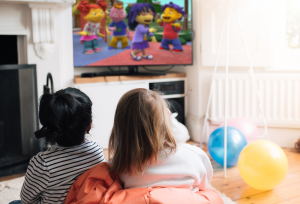 The app will be included in Gibtelecom’s new Sofi digital entertainment service alongside some 60 channels including Sky News, Eurosport and Discovery and apps like Rakuten TV, Dailymotion and Viewster.

Hopster will also be bundled as part of Gibtelecom’s Monster package, which that includes 100Mbps broadband, a mobile plan with 10GB of data and its TV service. Users will be able to access Hopster via the Gibtelecom set-top box and mobile app.

“We’re excited to be bundled with Gibtelecom’s new TV service as it allows us to offer families in Gibraltar a quality, safe and fun experience on multiple screens,” said Hopster founder and CEO, Nick Walters.

“Our mission is to help kids learn through the stories they love and by giving all service users access to Hopster we aim to provide just that – through engaging and educational shows, books, music and games.”

Adrian Moreno, COO at Gibtelecom added: “We are thrilled to include Hopster on our digital entertainment platform. Hopster enables us to give families the hit children’s programmes they love to watch on demand. We already include a great range of children television on our linear offering and introducing Hopster as part of the Sofi subscription provides even more choice.”

The Gibtelecom deal was made possible by Netgem, which is the set-top box and platform provider for Gibtelecom’s Sofi service.

Hopster has similar teclo distribution deals in place with EE in the UK, Vodafone in Iceland and Maxis in Malaysia.