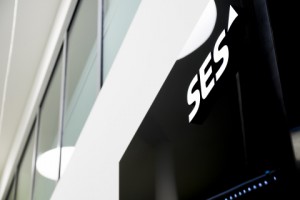 Video revenue fell by 3.6% to €321.5 million at constant currency. Excluding an accounting charge, revenue was 0.9% lower.

SES delivered 7,773 channels globally at the end of March, up 2% year-on-year, with growth in European and international markets offsetting a flat US market. HD channels grew by 7% to 2,665, whule UHD channels increased from 22 to 32.

Networks revenue was boosted by the launch of SES-15 and further adoption of MEO broadband services by the US government.

According to analysts at Berenberg, the results indicated that SES was starting the year “on a positive note”. SES has seen a series of downgrades over the last period, and Berenberg said that the Q1 performance delivered “a much hoped for ray of sunshine” for shareholders.

Berenberg said that “the key to the performance of SES shares for the next 12 months will be executing on its plan to return the business to growth”. While it was early days, it said there now “grounds for cautious optimism” and issued a hold recommendation.