Amazon to increase video spend throughout the year

Amazon said it plans to increase its spend on video throughout 2018, after the company more than doubled its profits in Q1. 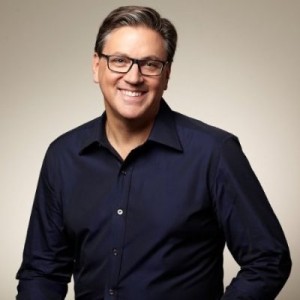 Asked whether Amazon would include advertising around its Prime Video offering, Olsavsky said: “There may be opportunities over time to have more advertising in our video, but we choose not to do that right now.”

The comments follow reports from last year claiming that Amazon was developing a free-advertising-supported offering to complement its Prime Video subscription video-on-demand service.

Amazon’s results came as the company renewed a deal with the NFL to stream Thursday Night Football games in 2018 and 2019 to Prime subscribers around the world. The deal will also reportedly see Amazon broadcast matches through its videogame-streaming platform Twitch.

The results sent Amazon’s share price to an all-time high in after-hours trading after it climbed by more than 7%.

The news comes a week after Amazon chief Jeff Bezos revealed in his yearly shareholders letter that Prime now has 100 million members, which he partly attributes to continuing content expansion.

In the statement, Bezos said that Prime Video continues to drive Prime Member adoption and retention, adding: “We’ve expanded our slate of programming across the globe, launching new seasons of Bosch and Sneaky Pete from the US, The Grand Tour from the UK, and You Are Wanted from Germany, while adding new Sentosha shows from Japan, along with Breathe and the award-winning Inside Edge from India.”

In December research firm Ovum predicted that Amazon will overtake Netflix to generate more over-the-top video revenue in 2018 thanks to its “growing array of ways to pay for video”.

The research firm said that Amazon’s combination of subscriptions, digital rentals, electronic sell-through and bundles of TV apps will see it generate US$5.8 billion in video-related revenue in 2018, compared to US$5.3 billion for Netflix’s subscription-only offering.