Global TV viewing has remained steady in the past 25 years despite the increasing availability of online video, according to Eurodata TV Worldwide research that was presented at MIPTV this morning. 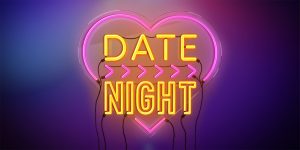 Eurodata’s ‘One Television Year in the World’ report found that global individual viewing time for TV stood at two hours and 56 minutes per day in 2017.

“In North America and Asia, we are seeing a slight dip [in TV viewing time], but South America continues to grow and Europe remains at a historically high level,” said Frédéric Vaulpré, vice president of Eurodata TV Worldwide.

“Combined across the 35 countries where they are measured, catch-up and time-shifted viewing on average add 8% to the audience figures for TV content.”

On the content front, more than 4,100 imported series were launched in 2017 across TV and online platforms in 48 territories that were studied. The United Kingdom and the United States were the leading exporters, with more than 500 programmes each. France, Germany and Turkey completed the top five.

The UK was found to export half of its creations to northern Europe –particularly factual programmes. France sells the majority of its recurrent programmes to neighbouring countries, including Italy and Portugal. Meanwhile, Turkey exports equal proportions of its programmes to Eastern Europe, the Middle East and South America.

Fictional programmes were found to dominate the global charts with crime series “laden with mysteries or set in a bygone era” given a notable mention for appealing to audiences throughout the world.

Eurodata predicted that three trends would make an impact in 2018. The first is the popularity of the dating theme combined with other subjects, as seen in game shows and programmes like CJ E&M Corporation’s Love at First Song and Banijay Rights’ Date Night. Linked to this is the emergence of programmes about relationship break ups, for instance Facebook Watch’s Make Up or Break Up.

The other two trends were: seniors getting shows, such as Talpa Global’s The Voice Senior or The World According to 80 Year Olds; and family dramas that feature “more topical problems” like the father’s place in the family and more focus on emotion, ITV Studios Global’s Trauma.

“At a time when international hits are becoming scarce, we are discovering some really promising output, such as: Blue Planet II, The Voice Senior, Young Sheldon and When Heroes Fly,” said Avril Blondelot, content insight director at Eurodata TV Worldwide.

“Local productions are more popular than ever, making it very hard to reach a consensus on one or two titles. The priority for 2018: to create content that is able to break away in search of a particular audience, rather than desperately seeking the mass audience.”

Eurodata’s One Television Year in the World study reviewed global TV consumption and audience hits from 2017 across more than 110 countries on five continents.