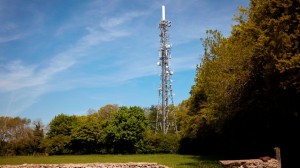 The two auctioned bands were: 2.3 GHz, which is usable by current mobile phones and will help improve existing 4G capacity in the UK; and 3.4 GHz, which isn’t useable by today’s devices but has been earmarked for 5G use.

Telefonica UK, owner of the O2 network, won all 40 MHz of 2.3 GHz spectrum at a cost of £205.9 million, in a move that will bolster its 4G footprint across the country.

A fifth bidder, US-owned company Airspan Spectrum Holdings, was the only bidder not to win spectrum in either band.

“This is good news for everyone who uses their mobile phone to access the internet,” said Philip Marnick, spectrum group director at Ofcom.

“As a nation we’re using ever more mobile data on smartphones and mobile devices. Releasing these airwaves will make it quicker and easier to get online on the move. It will also allow companies to prepare for 5G mobile, paving the way for a range of smart, connected devices.”

A total of 34 lots of spectrum were sold across the two bands in what was termed the principal stage of the auction. Ofcom will now move to the assignment stage – a short process that will allow the winning companies to bid to determine where in the frequency bands their new spectrum will be located.

This is expected to conclude within a couple of weeks, following which Ofcom will issue licences to the winning bidders so they can start to put their spectrum to use.

While this will likely see a near-term boost to O2’s 4G coverage, 5G deployments could still be a couple of years out to allow for compatible devices to come to market and for infrastructure build-out.

Kester Mann, principle analyst, operators, CCS Insight said: “O2 emerged as the big winner, sweeping up all of the crucial 2.3 GHz airwaves that can immediately offer much-needed 4G capacity. As the most spectrum-constrained operator, this sale was more crucial to O2 than any of its rivals and the result gives it the certainty to continue its mobile-centric strategy in the UK market.

“The overall spend at nearly £1.4 billion was higher than expected and reflects a hugely competitive sale, with the frequencies vital to helping formulate each network operator’s long-term strategy. Attention now moves to the 700 MHz sale – another 5G band that is vital for wide-area coverage – that could be auctioned in the UK as soon as next year.”