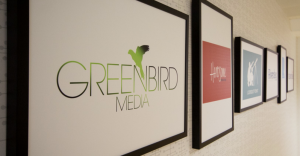 The deal buys BBC Worldwide (BBCWW) out of the business, and will see KI become the distributor of content from all of the 13 indies London-based Greenbird supports.

The BBC’s commercial arm, BBCWW, owned a 30% stake in the business, which joint managing directors Jamie Munro and Stuart Mullin founded in 2012.

Greenbird and Israel-headquartered Keshet are positioning the deal as a “collaboration that plays to their individual strengths and shared ambition to help production companies realise their full potential”.

“Jamie and Stuart have created a nurturing and supportive environment for the impressive stable of producers they work with,” said Sammy Nourmand, MD of UK and West Europe.

“The quality content that the indies produce speaks for itself and the opportunity to work with the team at Greenbird and those IPC’s was too good to turn down. The prospect of KI and Greenbird, running off into the playground like a pair of five-year-olds should be lots of fun.”

Munro thanked BBCWW for “believing” in the business since Greenbird’s launch, but added it was “time for us to take the next step”.

“This is a great opportunity for all of us. Jamie and I are very proud to have helped the production companies grow, and now enter a new phase with an entrepreneurial commercial partner like Keshet International,” said Mullin.

“We have the same values and determination to succeed in an increasingly competitive market place, we can’t wait to get started.”