Cable operators should look to aggregate online content, invest in new smart home opportunities but in partnership with the likes of Google and Amazon, and prepare for 5G in mobile to develop new growth opportunities while maintaining the existing strength in multi-play and broadband, according to Ted Hall, director of research and analysis at IHS Markit. 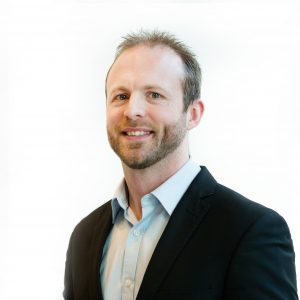 Speaking at Cable Congress in Dublin, Hall said that the rate of reduction in TV subscribers was declining, and that this reflected the fact that cable had ”weathered the digital switchover storm”, with analogue losses tailing off as analogue bases decline.

Broadband remains cable’s “star performer”, said Hall. “Cable has been a real high-speed broadband pioneer in Europe,” he said. DOCSIS 3.0 services have been available in over 40% of European homes for two years.

Hall said that take up of next-generation access services was growing, but that cable was facing additional competition, with cable’s market share declining.

“Cable is doing a better job of maximising its return on its NGA investment,” he said.

IHS Markit earlier released an update on the state of European cable that showed the number of cable revenue-generating units in the EU stood at 121.4 million at the end of last year, up from 119 million a year earlier.

Cable TV subscribers were more or less flat year-on-year, with analogue subs falling from 18.9 million to 14 million, while digital subs rose from 36.7 million to 41.5 million.

Addressing cable’s growth opportunities, Hall said that DOCSIS 3.1 will enable cable to offer downstream speeds of up to 10Gbps, which will position cable well to compete with telcos.

Despite the importance of broadband, pay TV is still growing in Europe, said Hall. However, the big growth segment within pay TV has been OTT TV in recent years. Despite this, OTT TV has been additive to pay TV in Europe rather than resulting in the kind of cord cutting that has taken place in the US.

Netflix now has more video subscribers in Europe than any other single provider, but Sky is still the leading player in revenue terms, followed by liberty Global, with Netflix third.

Netflix has 46% of Europe’s online video subscriptions, followed by Amazon with 16%, but pay TV operators also have a significant share.

“Operators are increasingly looking to original series for differentiation,” said Hall. Telefonica, Deutsche Telekom, Altice and others have invested in originals.

However, Hall said that it makes sense for operators to team up with Netflix given the overlapping subscription bases between them.

Hall said that growth in triple-play packages had been “solid”, with cable monthly ARPU almost reaching the €30 mark last year.

Combining fixed with mobile and marketing quad-play services is a key current priority. Cable is responding to the acquisition of fixed network and DTH assets by telcos, he said.

Hall said that the smart home could represent a fifth play for cable operators. Smart home devices are growing in popularity. However, operators will have to work with competitors in this area, he said. “For operators launching their own digital assistants, they should see devices such as Google Home and Amazon Alexa as part of that ecosystem,” he said.

5G is another area for future-looking operators to prepare for, said Hall, cautioning that penetration of 5G is unlikely to take off before the 2020s. Key applications are still not there to drive adoption.