US-based digital media investments firm Otter Media has appointed a new CEO, who will transfer down from shareholder AT&T.

Tony Goncalves has been appointed to the role having consulted with the business since its inception in 2014.

Otter has been looking for a new chief since president Sarah Harden became CEO of Hello Sunshine, a prodco Reese Witherspoon founded in which Otter owns a stake.

Goncalves has worked in digital business and online content for a long part of his career, and was most recently CEO of digital brands for AT&T, the US pay TV and telecoms giant that’s trying to buy Warner Bros. and Turner parent Time Warner. 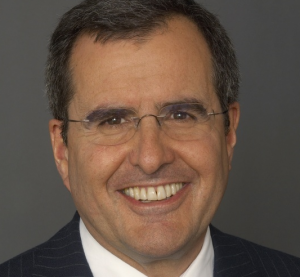 In that role, he has been AT&T’s liaison with Otter.

“Tony has been our partner on Otter Media for almost four years, and during that time, it was evident that he is a thoughtful, strategic executive who is hugely passionate about furthering the growth of one of the premier digital media companies,” said Peter Chernin, chairman of Otter Media and CEO of its parent, The Chernin Group.

“Over the last six months, we started discussing having Tony join Otter full-time, and we are delighted that he has agreed to assume the role of CEO. We know he will apply his formidable talents to help us take this company to the next level.”

When combined, these firms took 100 billion video views in 2017, and get around 90 million unique views each month.

Prior to working at AT&T, he worked at its pay TV subsidiary, DirecTV, where he founded a digital products division and spearheaded efforts in the mobile video space.