Satellite operator SES has named the CEO of SES Networks, Steve Collar, as the next president and chief executive officer of the wider company. 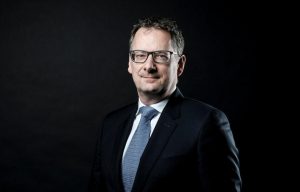 At the same time Andrew Browne, who was until recently chief financial officer of O3b Networks and CFO of SES between 2010 and 2013, has been appointed as the next CFO of SES.

Both Collar and Browne start work as CEO and CFO designate with immediate effect, though will officially take up their roles on April 5, 2018 following the company’s next annual general meeting.

At this AGM current president and CEO, Karim Michel Sabbagh, will step down to “spend time with his family and to pursue new interests” and current CFO Padraig McCarthy will retire.

“We are extremely excited to welcome Steve and Andrew as our next CEO and CFO,” said SES chairman Romain Bausch.

“They each have extensive experience with SES and the broader satellite industry, especially also as the architects of O3b, the fastest growing and most successful satellite start-up.

“We have confidence that, with our leadership team, our industry position, our solid balance sheet and our differentiated assets and capabilities, we are well positioned to deliver on our objectives.”

Collar said: “I am excited to lead SES into its next phase of development, building on the achievements of 2017 and the foundations that have been laid. I thank the board for their trust and support.

“Our focus will be on strong execution in the short term, continuing to roll out differentiated services to our customers, and staying focused on the long-term delivery of our forward-looking strategy.”