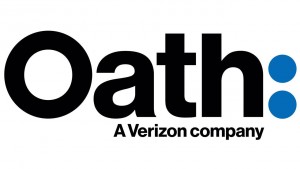 Whitman will work with Oath CEO Tim Armstrong to help grow the company as it looks to establish itself as “one of the world’s largest internet and mobile brand companies.”

Wittman replaces Oath’s former CFO Holly Hess, who will take on a newly created role at Verizon where she will lead its previously announced US$10 billion cost savings initiative.

“Vanessa is an exceptional leader with singular experience, and she will be a great partner to help drive Oath’s vision, strategy, and operations to reach our long term goals,” said Armstrong.

“Vanessa joins Oath at an exciting point in our journey to build a differentiated company creating the future of mobile and the internet in combination with Verizon.

“I want to thank Holly Hess for being a founding force at Oath, as well as a driver behind the original Verizon and AOL deal. She made significant contributions to Oath and we look forward to continued collaboration with Holly in her new role at Verizon.”

Wittman said: “I’m thrilled to join the Oath leadership team to help accelerate its growth. The team has laid a solid foundation through the integration efforts over the last several months, and I look forward to helping drive the expansion of current business lines while investing in innovative bets for the future.”