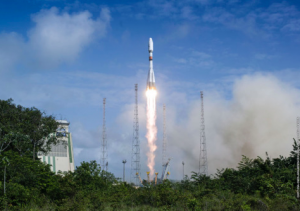 The satellite is now operational at the 129° West orbital slot, serving the Americas.

SES said that the commercialisation of the craft was an important milestone for its future growth strategy. The operator plans to follow up with the launch of two more geostationary hybrid satellites with widebeam and HTS capabilities – SES-14 and SES-12 – along the the launch of four medium Earth orbit O3b satellites.

SES-14 will serve the Americas and the Atlantic region, and SES-12 will cover Asia-Pacific, and the Middle East. Together with SES-17, another HTS craft which will be launched in 2021, they will offer a global, multi-frequency system for aeronautical, maritime, government and enterprise customers, according to the company.

The satellite will deliver coverage for global inflight connectivity and entertainment (IFC/IFE) service providers, such as Global Eagle, Gogo and Panasonic Avionics.

SES-15 also has a dedicated wide beam that is designed to enable IFC/IFE providers to deliver live TV content on all flight routes across the US, including Hawaii and Alaska, as well as Canada, the Caribbean and Mexico. Its combination of beams allows IFC/IFE providers to optimise HTS capacity use for internet traffic and wide beam coverage for broadcast content, according to SES.

The satellite was launched on a Soyuz rocket from Kourou in French Guiana in May last year.

Separately, Arianespace is set to loft the SES-14 and Al Yah 3 satellites into orbit on board an Ariane 5 rocket on January 25.

Oribital ATK-built Al Yah 3, operated by UAE-based Al Yah Satellite Communications, is an all- Ka-band spacecraft that is designed to provide affordable broadband communications to 60 percent of Africa’s population and more than 95 percent of Brazil’s population.

The rocket for Arianespace’s Flight VA241 is currently in the Kourou Spaceport’s final assembly building, having been transferred from the launcher integration building last week.

The next two SES O3b MEO satellites have also arrived in French Guiana for launch on Arianespace’s first Soyuz mission for the year. The two will be jointed by an identical pair of satellites later this month.