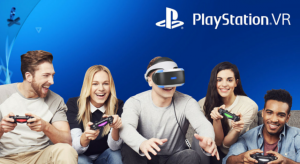 Announcing the figures, Sony said that 150 titles have been released so far for PS VR and that these have sold more than 12.2 million copies as of December 3 – both in shops and as digital downloads from the PlayStation Store.

Sony said there are also more than 130 games and video experiences in development for PS VR to be launched by the end of 2018, including Homestar VR for PlayStation VR, The Elder Scrolls V: Skyrim VR, and Bravo Team.

The PS4 console, which first went on sale in 2013, has now sold more than 70.6 million units, while a total of 617.8 million copies of PS4 games have been sold, according to Sony.

“We are delighted that so many people are enjoying the unique entertainment proposition of PlayStation 4 and that an emerging technology like PlayStation VR continues to gain traction,” said Andrew House, chairman of Sony Interactive Entertainment.

“I cannot thank our fans and partners enough. Their support, since the launch of very first PlayStation in 1994, has helped to make PlayStation one of the biggest console gaming network in the world. We will continue to work closely with partners to maintain this momentum and remain steadfast in making PS4 the best place to play.”