Former Wananchi CEO Richard Alden has been freed after Kenyan authorities dropped a murder charge against him. 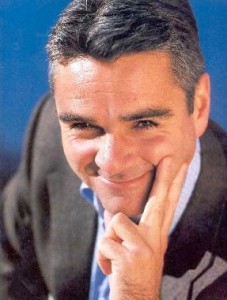 Alden, who had been charged with the murder of Grace Wangechi Kinjanjui, was freed after the authorities accepted that Kinjanjui accidentally killed herself while helping to clear out the Alden family home in a Nairobi suburb in June 2016.

On the day of her death, Kinjanjui, a friend of Alden and his wife, had gone to Alden’s home to help clear it out after Alden’s contract with Wananchi ended. Alden and his housekeeper were present in the property at the time.

Alden took some paperwork from his safe, in which his gun was stored, and went to an adjoining bedroom to sort it out. He then heard a single shot and rushed back to find Kinjanjui lying on the floor, seriously injured. He subsequently hit a panic button, called the police and attempted to stem the bleeding of Kinjanjui’s wound. He then took Kinjanjui to hospital, accompanied by his guards and housekeeper. Alden was then arrested and later charged with murder.

Alden, who pleaded not guilty to murder, always maintained that he had been elsewhere in the property when he heard the shot. He was cleared after hiring a private investigator, Jeffrey Katz, who had previously investigated the unsolved murder of banker Roberto Calvi in London in 1982, to help prove that his account of Kinjanjui’s death was true.

Katz was able to show that the bullet that killed Kinjanjui had hit the bedroom floor first before hitting her on the rebound.

Alden also received the support of Kinjanjui’s family, who accepted that she had killed herself accidentally.

“Luckily I was able to engage good lawyers and private investigators that cleverly pieced together the available evidence and were able to conclude that it was an unfortunate accident, the gun being fired probably because she didn’t know it was loaded, the bullet striking a hard wood floor and rebounding,” Alden told DTVE.

“Getting that tangible evidence in front of the prosecutor without having to wait for a long drawn out trial was a challenge but once we did they quickly realised that this was a case they were going to lose and dropped it.”

Describing the incident as “bizarre from the outset…as well as tragic”, Alden said he had been “somewhat shocked by how quickly some of the press judged me even though the allegations were so totally out of character that some questions should have been asked.”

Alden was appointed CEO of Kenya-based free and pay TV broadcaster and channel provider Wananchi Group in 2013. He previously served as CEO of Spanish cable operator Ono from 1998-2009 and also served on the board of Basque Country regional cable operator Euskaltel.