A “significant rise” in replacement demand for flat panel TVs will help boost the overall flat panel display market next year, according to IHS Markit. 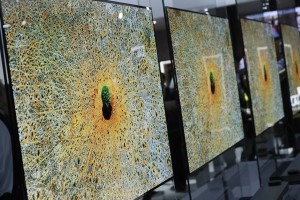 The research firm said that global demand for flat panel displays by area is forecast to grow 7.2% year-on-year in 2018 to 210 million square meters – the biggest annual growth since 2014.

The anticipated gains were attributed in part to increasing adoption of bezel-less organic light-emitting diode (OLED) displays in smartphones and a pick-up in TV sales.

“A consumer’s TV replacement cycle is usually about 10 years. A hike in replacement demand for the next few years is expected,” said Ricky Park, director at IHS Markit.

The report said that a rise in TV replacement demand follows the transition from analogue to digital broadcasting in the late 2000s, which spurred TV sales growth of between 10-21% in 2009 and 2010.

IHS also anticipated higher demand for new and larger TVs ahead of next year’s PyeongChang Winter Olympic Games in February and the FIFA World Cup, which will be held in Russia in June.

“Panel sales in even years when major world sports events were held had grown at a faster rate than in odd years,” said Park.

IHS Markit said that a drop in flat panel prices is also expected to bolster demand for larger display products and projects grow in the supply of ‘super large’ TV panels, including 65- and 75-inch products.