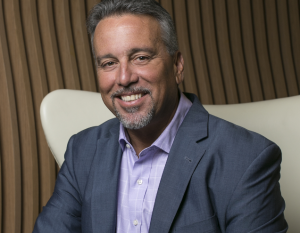 The president and managing director of Discovery Latin America / US Hispanic, Enrique Martínez,  is due to retire at the end of December after 24-years at the company.

Fernando Medin will take over Martínez’s role on January 1, 2018, after being promoted from his existing position as Discovery’s executive vice-president and general manager for Brazil and the Southern Cone.

Martínez will stay on in an advisory role for Discovery Networks International, reporting to president and chief executive JB Perrette.

Paying tribute to the outgoing executive, Perrette described Martínez as “an incredible leader who has won the admiration of his peers in the industry as well as everyone who has worked with him” and said “his legacy will endure after a 35-year career in the pay-TV business”.

Martinez said: “It has been an amazing opportunity to work for the best media company in the world and I am lucky to have been able to build and lead the Latin America business during my 24-years at Discovery.”

Martinez joined discovery in 1994 and has since led the creation of a diverse portfolio of networks in Latin America, the Iberian Peninsula and the US Hispanic market.

His successor, Medin, joined Discovery in 2002 as vice president of  Discovery Latin America / US Hispanic’s legal department, and also played a key role in launching the company’s subsidiaries in Spain, Mexico and Brazil.

“I look forward to continuing to create value and unlocking growth opportunities for the company, as well as to lead one of the best teams in the business,” said Medin.