Cable and telecom group Altice is in ‘exploratory discussions’ with Iberian media group Prisa to take over Portugal’s Media Capital.

Confirming the talks following a request by the Portuguese Securities Market Commission, the Commissão do Mercado de Valores Mobiliários, Altice said that it was discussion the potential acquisition of Prisa’s stake in Media Capital. 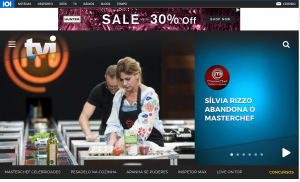 Prisa owns a 94% stake in Media Capital. According to local press, the Spanish media group is looking for between €400-450 million for the group, although some observers consider this to be an unrealistically high price.

Altice’s interest in Media Capital indicates that it wants to combine ownership of content assets with distribution networks in Portugal on the model followed in France with SFR. In Portugal Altice owns Meo/PT Telecom, the leading telco in the country.

However, a move to take control of TVI could face regulatory hurdles. Rival service provider NOS’s chief executive Miguel Almeida last year told local newspaper Expresso that if Altice took control of Media Capital and the country’s regulators took no action, there would be “war” to ensure that the leading broadcaster’s content remained accessible to his subscribers.

Almeida said it was vertical integration of service providers and TV broadcasters such as TVI or the country’s other leading commercial player, SIC, was “not welcome” and that he expected any such deal to be blocked.

Last year, Portugal’s service providers were involved in a bitter battle over the exclusivity of top-tier football rights, which was eventually resolved when, after a series of indicatives driven by NOS, the main players agreed a reciprocity deal and joint ownership of the Sport TV channel to ensure that all matches would be available to subscribers of the different operators.