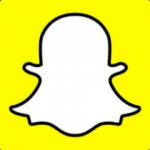 US media giant Time Warner will produce a series of original programmes for social media platform Snapchat under terms of a new deal.

The Warner Bros. and Turner parent has committed to a global media partnership with Snap Inc. that spans everything from media spends to development and production of exclusive shows.

The programmes will include scripted dramas and comedies, and will look to showcase Time Warner’s “iconic brands and beloved personalities,” according to the company.

Additionally, Time Warner has committed to investing in HBO, Turner and Time Warner advertising on the Snap platform over the next year two years.

Snapchat has been bringing TV-style shows to its users since September last year, working with Turner channels and others such as NBC, ABC, the BBC, Discovery Networks, MGM Television and Vice.

The Time Warner deal is expected to “fuel a significant” in the number of shows on Snapchat, with three a day coming by the end of the year.

These will be animation, documentaries, scripted drama, comedies and daily news among other genres.

“Time Warner and their brands have long been pioneers of what incredible, premiumcontent looks like, and we’re thrilled that innovators across their expansive network will begin producing Shows for Snapchat,” said Nick Bell, VP of content for Snap Inc.

“This partnership is another exciting step as we continue to branch out into new genres, including scripted dramas, comedies, daily news Shows, documentaries, and beyond.”

“Partnering with Snap will help drive this compelling new format, exposing its user base to innovative and engaging video from brands and characters they trust and enjoy,” said Gary Ginsberg, Time Warner’s executive VP of corporate marketing and communications.

“We’re confident this partnership will help drive larger audiences to our shows and to the new direct to consumer platforms we continue to rollout.”