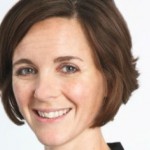 The former CEO of Shine Group has told IBC delegates that VR is still several years away from being a mass market proposition, and that content companies need to learn a range of new techniques if they want to harness the emerging medium.

“It will be two hardware cycles before VR is mass [market], so three or four years, before we go bigger,” Alex Mahon, the former Shine boss who now running VFX company The Foundry, said in a session hosted by DTVE sister title TBI.

“There will be a big wave later this year when [Microsoft’s] HoloLens and PlayStation go wide.”

She added that VR hardware will evolve and become much less invasive and then the content companies will need to step up.

“The challenge right now technical stuff like what rig you use, how difficult the [equipment and technology] is to use, the next challenge will be how does narrative storytelling work in that environment,” said Mahon.

Mahon noted the comparisons being made between the roll out of 3D and that of virtual reality. “From 3D there are lessons to learn, and a lot of the tech we built in 3D is being used in VR,” she said. “The lessons are about having technical standards that apply across the industry, about training, bringing through people who can make it, and about simplifying the technical barriers to making content.”

A lot of the early wave of immersive VR content will likely not be very good as content companies learn how to produce in the medium, to understand how to frame shots, cut from one to another, and avoid ‘interference’ (whereby there are too many moving components in a shot), Mahon said.

Pubcasters and commercial channels will not generally be able to justify funding VR content at this stage, Mahon said.

In terms of funding VR content The Foundry boss said that the hardware companies – such as HTC, Sony, and Samsung – will probably be the early investors given that the cost of content creation is modest against the billions they have sunk into developing and launching the hardware.

Sky said yesterday it was commissioning a series of VR programmes that will un between five and 20 minutes. The pay TV operator was previously spearheaded the roll out of both 3D and HD.

Mahon exited Shine after it merged with Endemol and Core Media Group at the end of 2014 to become the Endemol Shine Group. She joined The Foundry in November 2015 and was named non-executive director of new UK indie Bandstand Productions, with whom All3Media International has a first-look deal.