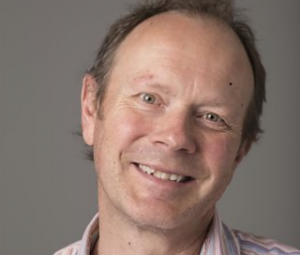 The BBC has appointed veteran producer Julian Hector as head of its respected Natural History Unit.

The NHU is part of BBC Studios, the UK public broadcaster’s overarching production division, and Hector assumes the role vacated by Wendy Darke earlier this year amid a raft of management changes.

Darke has since set up her own production company, True to Nature.

Hector is a veteran wildlife producer and has been editor of Natural History Radio at the BBC. His TV credits over the last two decades include credits include Battle of the Sexes, Saving Species, Migration and Ivory Wars.

He said: “This is such an important time to lead the Natural History Unit. We thrill our audiences with the extreme close-up and immerse them in the wonderful world of nature; and with people and nature ever more challenged to share the same space on earth it has never been more important to tell stories of that relationship.”

In other changes at the NHU, Oliver Thompson takes on an expanded commercial role as head of business. Reporting to Hector, he is being upped from head of production.

He said: “The launch of BBC Studios means the NHU is at a critical point in its evolution and we need to create the right environment for our creative and business teams to thrive. This presents a huge opportunity for us to bring our world-class content to new customers and new platforms, and deliver value back to BBC licence fee payers.”

Lisa Opie, BBC Studios director, factual, added: “I’m delighted that the world class credibility and heritage of the Natural History Unit is in such strong hands.

“Julian brings passion, vision and vast experience to the Unit. Oli will drive the business through this important and challenging transition into the competitive market. Together they’ll make a powerful team.”