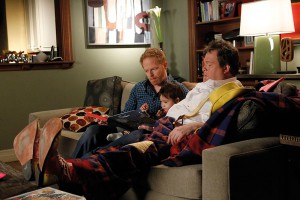 Youth-focused content firm AwesomenessTV has poached the head of comedy at US broadcaster ABC to lead a new mobile video service being launched with telco Verizon.

Samie Falvey will oversee programming, development and production at the currently unnamed streaming service, which was first revealed with Verizon bought a 24.5% stake in DreamWorks Animation-owned AwesomenessTV in April.

She will be chief content officer, and focus on creating premium programming for 18-34 mobile-using audiences through a slate developed with Hollywood studios, production companies and talent.

Falvey is currently Disney-owned ABC’s executive VP, comedy and international scripted development. She is pushed through series such as Modern Family, The Goldbergs, Fresh Off the Boat and Black-ish, and is credited with developing formats and international talent for the Alphabet net. She also worked at Fox.

“Samie has a tremendous track record of successful collaborations with some of themost accomplished creators in the business and a great knack for developing content that resonates,” said DreamWorks Animation CEO Jeffrey Katzenberg.

“Her eye for great storytelling coupled with terrific talent relationships will be invaluable in creating next-generation premium programming for audiences to devour in the ways they are actually watching today – in bite-sized chunks across every device there is.”

“I’ve long admired Jeffrey, Brian and Brett’s commitment to innovation, and “I could not be more excited to work with them in building their next business,” said Falvey. “I am eager to bring audiences a new and contemporary form of content and to provide the best creative talent with a wholly original outlet.”